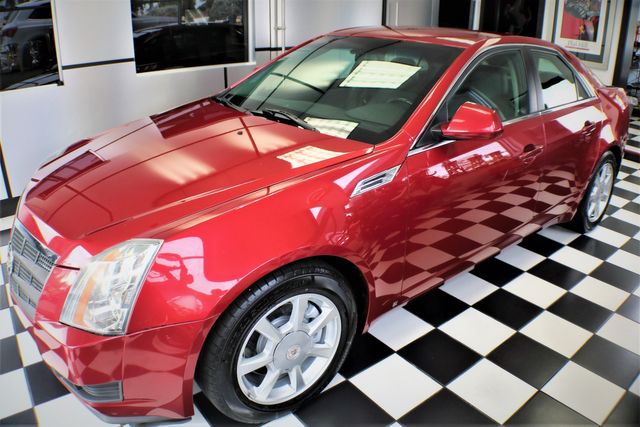 The 2009 Cadillac CTS is a midsize luxury sport sedan.

Being larger than the typical entry-level luxury sport sedan, that first CTS offered more cabin space than its rivals and wrapped it all up in edgy styling. But it was the cabin that hurt this "upscale" model the most, as its style and materials quality were far behind those found in similar cars.

Not only is this one Caddy that actually zigs -- to pinch an old tag line -- by adding more power and improved driving dynamics, it also dons a new set of clothes via neatly tailored sheet metal and a much-improved cabin. The latter was not merely a leap over its predecessor but a complete moon shot, with a handsome design, state-of-the-art technology and top-notch materials fitted throughout. In the span of one generation, Cadillac has gone from a segment also-ran in this regard to arguably class-leading. Wisely, the company left the 2009 Cadillac CTS well enough alone, adding only Bluetooth connectivity to the car's impressive list of features.

On the road, the 2009 Cadillac CTS is very stable and copes well with quick directional changes and weight transfer. The steering is still nicely weighted and precise. Overall, this Cadillac offers an excellent ride and handling balance that gives the Europeans a run for their money, especially when equipped with the sport-tuned suspension. That said, the CTS is larger than its like-priced competitors, and with a curb weight of almost 4,000 pounds, lacks the nimbleness of cars like them.

Certainly, the 2009 Cadillac CTS, with its dashing style, fine road manners and classy cabin, can more than hold its own against rivals. If you're shopping for an entry-level luxury sport sedan, the CTS is worthy of serious consideration.