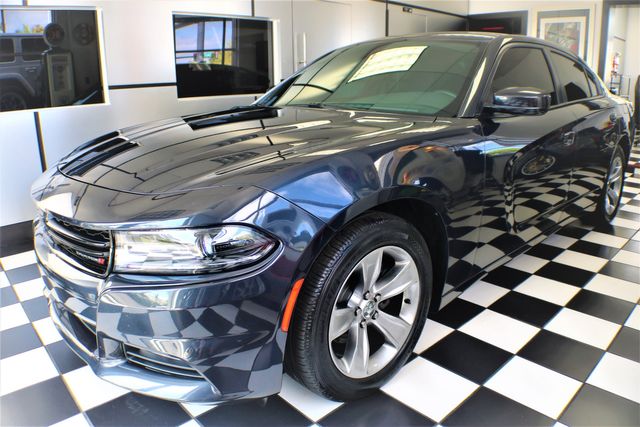 The 2016 Dodge Charger SXT is uniquely well qualified among today's entrants if you're looking for a large sedan with equal parts performance, luxury and attitude. The big Dodge is also one of the only sedans in its price range to offer V8 power.

Throw in brash styling and plenty of fun options packages, and you've got a special sedan that continues to deliver strong value in its segment.

An eight-speed automatic transmission is standard on all 2016 Dodge Charger SXT models, as is rear-wheel drive. All-wheel drive is optional only on the SXT, which feature a 3.6-liter V6 engine that produces 292 hp and 260 pound-feet of torque.

Although the 2016 Dodge Charger SXT is oriented toward performance, its cabin has a much broader appeal thanks to a sleek dashboard design and quality materials. The lower trim levels have some rather large expanses of plastic that may be off-putting, but overall, this is one of the nicer interiors you'll find for the money. The aesthetics are further enhanced by some retro-inspired touches here and there, including the T-handle shifter for the automatic transmission. We're also fans of the 8.4-inch touchscreen interface, as it has large "virtual" buttons, an intuitive layout and fairly quick responses.